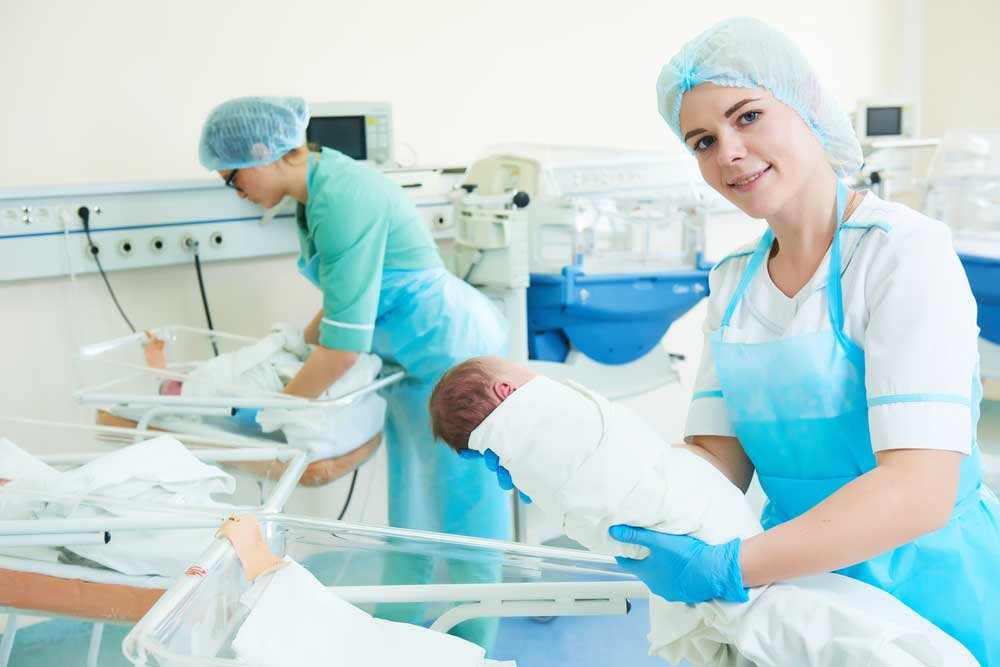 If you're still deciding on what you want to do with your life in terms of your career, you should consider doing something you'll enjoy that entaiils responsibilities that fit your personality and skill set. However, you also want a career that you can financially prosper from, so you may question if a NICU nurse salary is enough for you, especially since the cost of a nursing education is quite high. A NICU nurse is a medical professional who works with children in a neonatal intensive care unit, typically during the first 24 hours of the baby's life and throughout the first few weeks. These infants are ones that are born too early or have health issues that require specialized care. Some infants in the NICU may also suffer from injuries during delivery.

Not only do neonatal nurses work with infants to achieve optimal health for the infants so they can go home, these nurses provide support for the mothers and fathers of the infants.

Responsibilities of a NICU Nurse

A NICU nurse may provide an infant with some of the basic needs he or she has. A NICU nurse might feed the babies using a feeding tube if they're unable to eat on their own.

Additionally, a NICU nurse might give infants medications prescribed by NICU nurse practitioners and physicians to control infections and regulate their vital signs. For instance, an infant in the NICU may require medication for his or her breathing.

A neonatal nurse might also be the one to perform certain tests on the infants. They're responsible for monitoring the progress of infants in the unit and changing the care plan as needed based on the child’s results.

NICU nurse practitioners have similar responsibilities to doctors. For instance, many of them can order tests and prescribe medications. They’re responsible for diagnosing and treating conditions. Often, they oversee the other NICU nurses in the ward.

A nurse in the NICU works closely with families to provide both education and support, especially since having a sick infant is very difficult for parents.

How to Become a NICU Nurse 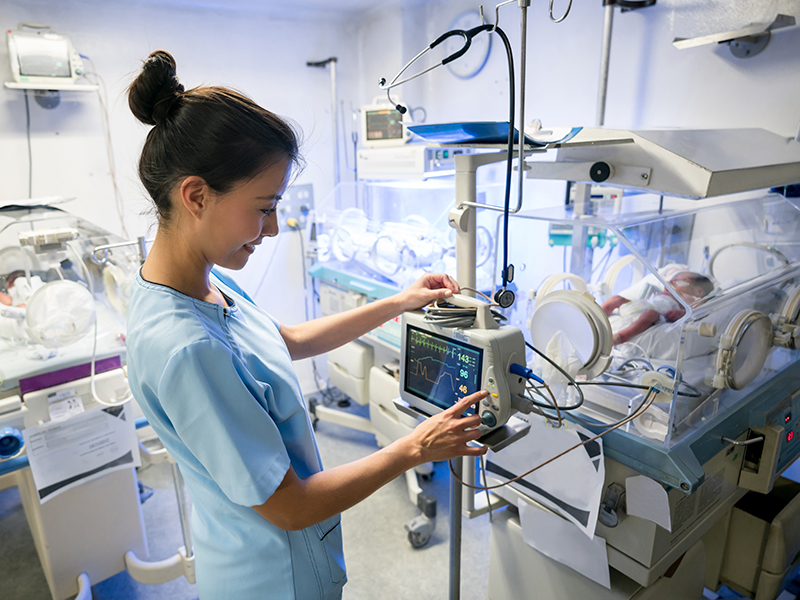 To become a NICU nurse, you must start by attending college. In particular, you need to attend a nursing program, which varies based on whether you want to become a licensed practical nurse (LPN), registered nurse (RN), or nurse practitioner (NP). The level of care you provide depends on the amount of training you receive.

An LPN must attend a nursing program, either through a vocation school, nursing school, or community college. The program to become an LPN lasts between one to two years, depending on the course and how fast you choose to go.

Once you finish your program, you must take the National Council Licensure Examination - Practical Nurse (NCLEX-PN).

A registered nurse (RN) in the NICU is one level above an LPN. An RN must go to school for at least two years to obtain an associate's degree. You can also attend college to earn your bachelor's degree in nursing, which will take between two to four years, depending on your schedule.

If you're already a registered nurse, you can earn your bachelor of science in nursing by attending an RN to BSN program. Once you complete your degree, you must complete your NCLEX-RN.

Keep in mind, the more education you have, the more opportunities you will have and the better your chances are for landing a high-paying gig.

Nurse Practitioner in the NICU

Before you become a nurse practitioner (NP), you have to earn a BSN or a similar​​ four-year degree in nursing. You must obtain your registered nursing licensure and practice as an RN for at least one to two years in order to qualify for a graduate degree program.

Next, you apply to a master’s of nursing degree program. At this point, you can specialize in different areas of interest, such as neonatal care.

You can take courses related to infant care. This is especially the case if you earn your master’s or doctorate. In order to practice as a neonatal nurse, you must possess a certification to perform neonatal resuscitation and possibly a neonatal intensive care nursing certification.

If you want to earn your neonatal intensive care nursing certification, you must take the National Certification Corporation (NCC)’s RNC-NIC examination. To qualify for this particular exam, you must possess a current registered nursing license in either Canada or the United States. Additionally, you must work in the NICU for at least two years or have at least 2,000 hours of neonatal experience.

Where to Find a Job as a NICU Nurse The best place for you to find a job as a NICU nurse is at a hospital with a neonatal intensive care unit. Larger hospitals who offer level II and level III care offer more competitive wages and allow you to play a more active rule as a NICU nurse, meaning the NICU nurse salary in these departments is higher. The levels of neonatal care are as follows: The average salary of a NICU nurse varies based on whether you’re an LPN, RN, or NP. You make a slightly higher salary than the average when you work in the NICU, especially if you work in a unit that’s a level II or higher.

Some registered nurses in the NICU make over $100,000 per year. States like California and Hawaii are the states with registered nursing jobs with the highest wages.

As you can tell based on the average NICU nurse salary, it’s possible to have a lucrative career as a nurse in the neonatal unit. Fortunately, all areas of nursing are in need of employees, and the Bureau of Labor Statistics (BLS) projects the need for nurses is going to continue to increase.

Statistics provided by the BLS denote there were 2,955,200 RNs in the United States in 2016. The BLS believes this number will grow by 15 percent by the year 2026, which is much faster than the average. The BLS estimates 438,100 new jobs will open up for RNs.

A NICU nurse salary is high, especially considering they make more than the average nurse. Nurses who have the most education tend to make the most money, especially in certain areas.

This site uses Akismet to reduce spam. Learn how your comment data is processed.

As a participant in the Amazon Services LLC Associates Program, this site may earn from qualifying purchases. We may also earn commissions on purchases from other retail websites.